We don't all have to take the same coordinates to get to the same destination.

This playground is about Sonar and Spies, our extra fun version of the game Battleship for two or more players who have pencil and paper.

Our game is not about doing math. But the rules use math jargon to be clear and brief. If you need to, review the following terminology:

1. Your game board is made with a horizontal axis and a vertical axis labeled −9 to 9.

2. Your fleet of ships is represented by the four basic polygons. You have one of each.

3. All polygons must have their corners on coordinate points with integer coordinates.

4. All polygons must have at least two sides that are horizontal or vertical.

5. All polygons must have an area of at least 6 square units.

6. On your gameboard leave a quadrant empty, put two ships in another quadrant, and the other two quadrants have one ship each.

Here is an example setup: 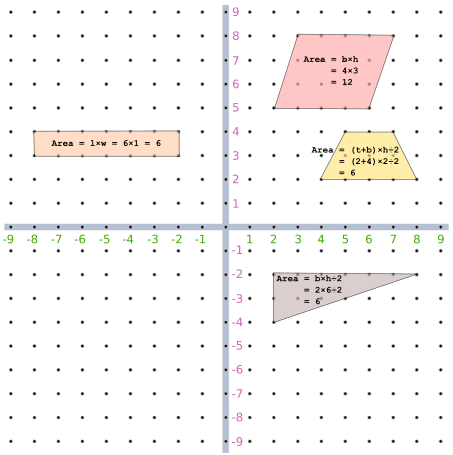 The game ends when a player identifies which of another player's polygons are in which quadrants.

Optionally, play more than one game and have the winner score as many points as the total area of his or her own fleet. This makes using larger shapes worthwhile. The first player to 80 points wins!

On your turn do one of three things that ask a question to one other player:

You may try to contact a spy. Pick a coordinate point. The other player tells you which polygon, if any, contains that point.

You may receive a spy's report. Ask the other player a yes-or-no question of the format

Here is a blank gameboard if printing it would be helpful. 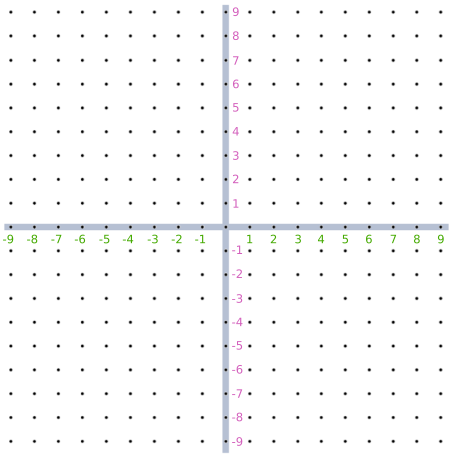 It is a bit awkward, but you can also play using a website geoboard.